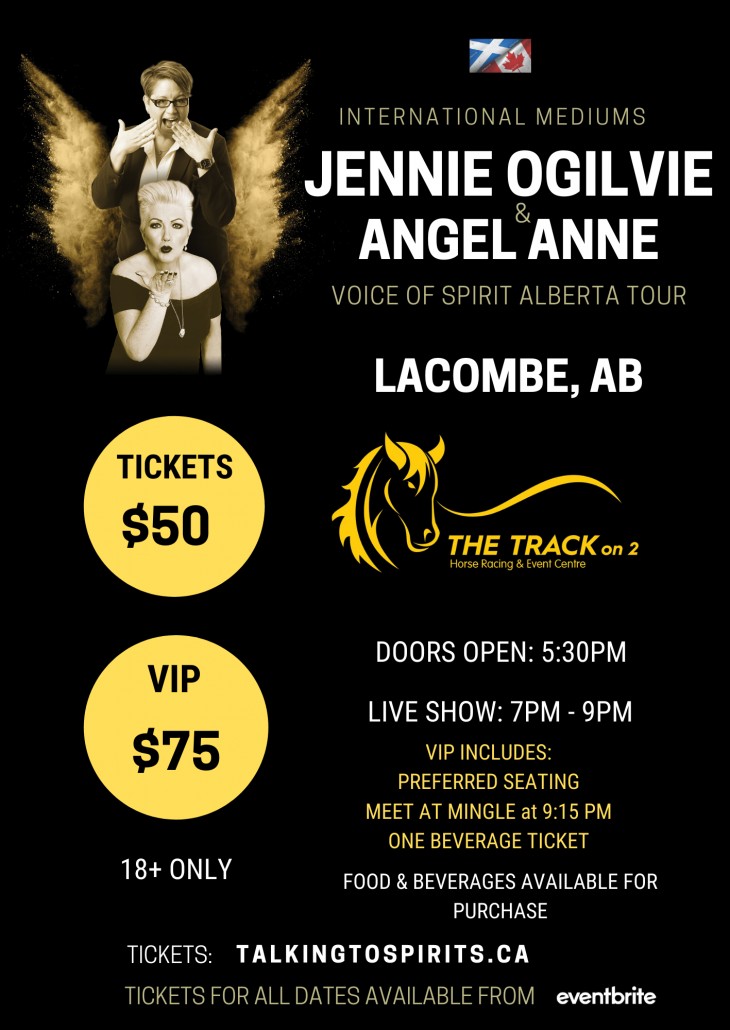 You won't want to miss this hilarious duo:  Jennie Ogilvie, Canada’s Unconventional Medium, is a larger than life personality, she is described as direct, controversial  READ MORE

and on the ball with precise validations. She is described as a cross between The Long Island Medium and Ellen DeGeneres. Her performance can have you in emotional tears and just as quick, tears of laughter.

Angel Anne, Scotland’s Angel of the North, is a third-generation medium and has been regularly featured in the national press for over a decade. A regular guest on BBC. Quoted by the press as “A rare no-nonsense medium, who gives fact after fact” “ Spookily accurate, revealing a family member had a missing fingertip as well as recipients name and family members!”

This pairing is not to be missed, a tour with two world-class mediums from Canada and Scotland, who have come together for an evening of celebration and effortless humour. The night will be awe-inspiring, emotional and downright hilarious making it a great night out regardless of receiving a message.