A Little About The Track

The Track on 2 Horse Racing & Event Centre is located just west of Lacombe, Alberta along Highway 2.

Open year round, the property boasts a large grandstand with plenty of indoor seating for viewing the races on both the first and second floor, as well as a third floor with luxury suites above the finish line.  The space is also available for weddings, corporate events and Christmas parties.

In addition to the one mile dirt track, there is a 7/8 turf track as well.  Featuring live standardbred horse races (season varies).  Outside of the live race season, guests can view streaming international races in the simulcast lounge!

Inside the restaurant, you will also find a VLT lounge!  During the winter months, we offer hayrides around the track and through the paddock barn adorned with lights (reservations required). 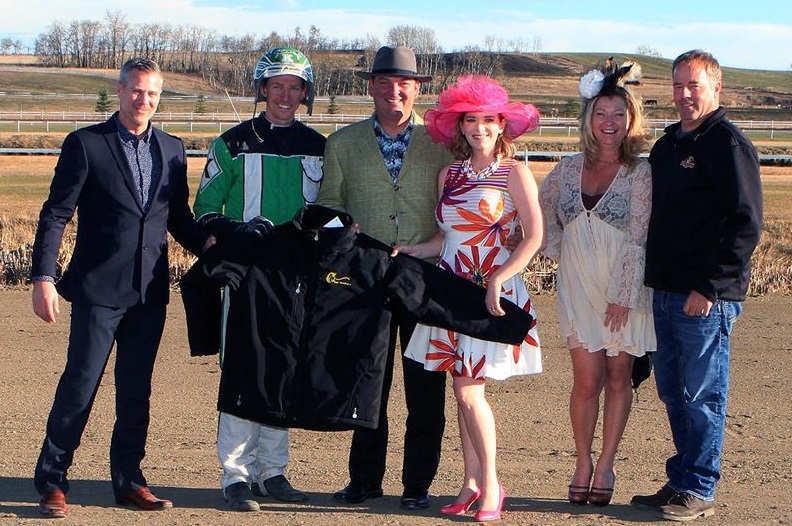 A Little About Us...

The Track is locally owned and operated by Kurt & Kyla Belich and their business partner Ross Morrison.  Learn more about the owners and their amazing management team below! 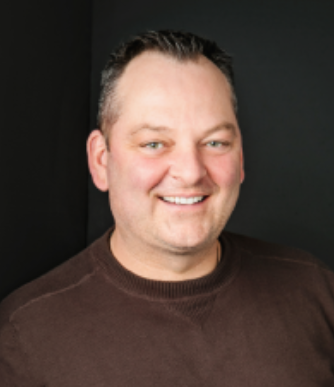 Born and raised on a farm west of Red Deer, he earned a Bachelor of Commerce, Major in Finance from the University of Calgary. After working for two chartered banks, he returned to Red Deer to farm and to pursue a commercial land development opportunity. Since then, Kurt has been involved in several land development projects and commercial construction, and spent 12 years as the owner of a high volume car wash in Red Deer. He continues to farm and develop land. He and his wife, Kyla also operate a sign and print business. Kurt has sat on numerous boards in a volunteer capacity and has always been involved in the community, particularly local 4-H clubs.
Kyla Belich (Director - Marketing & Events) 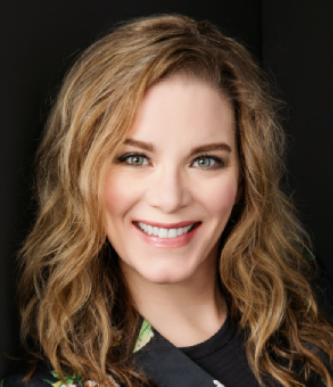 With farming roots herself, Kyla moved to Red Deer from Saskatchewan after earning an Engineering Degree from the University of Regina to work for ATCO Gas. After a lucrative 12 year career in management with ATCO, Kyla leapt into entrepreneurship opening a Good Earth Coffeehouse & Bakery in 2012. She continues to operate the coffeehouse as well as the sign business with her husband Kurt. For over 15 years, Kyla has filled her “spare” time teaching group yoga classes, seeing private yoga therapy clients and more recently teaching spin. Kyla was previously involved in the operation of a non-profit yoga studio, YARD for a number of years and for the last five years, she has also acted as Chair for a rural recreation and culture board for the area in which they reside.
Ross Morrison (Owner) 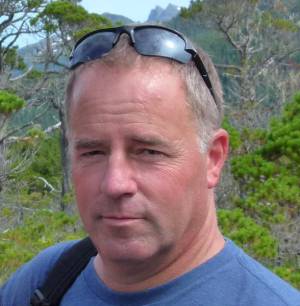 Ross was born and raised in a farm family west of Red Deer that immigrated here over 100 years ago. He has owned and operated two Second Cup franchises for nearly 20 years which has been a family endeavour with his three daughters involved in the management of the stores for over a decade. Ross actively farms and holds contracts for custom spraying in the summer and large scale snow removal in the winter. For 11 years, he was a volunteer for the Red Deer County Fire Department, a role now fulfilled by his youngest daughter.
Pete Sok (Executive Chef) 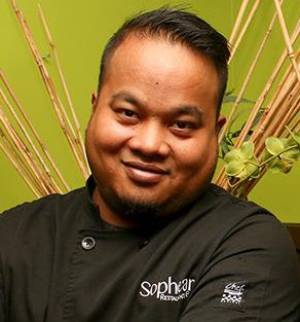 The Funky Monkey Kitchen + Bar is home to Executive Chef Sophear (Pete) Sok and his amazing Western Gastro and Asian Cuisine. Chef Pete is a brilliantly talented award-winning chef that has a very extensive and diverse background in the restaurant industry. A hilarious and personable man, you will often see him visiting guests in the restaurant and if you have the pleasure of attending one of his cooking classes, you will experience his delightful sense of humour.

Through a mutual friend, we had approached Pete in 2018 to have him help to create our menu and facilitate our first race season. What started as a commitment of a few months quickly turned into a long-term friendship and partnership with a vision for the future and many exciting collaborations.

Chef Pete was the oldest brother in his family of seven with one older sister, two younger brothers and one younger sister. Having endured four years in Thailand refugee camps fleeing from his native land Cambodia because of the Khmer Rouge war, his family was able to immigrate to Canada when Pete was just 5 years old. The Sok family are very proud Canadians that were able to establish several successful business ventures.

Pete is married to his adoring wife, Melissa, and they welcomed their first baby, Maximus in 2019. Chef Pete was raised with a Southeast Asian Cuisine background and is classically trained in French Cuisine having studied at Le Cordon Bleu Sydney and Ottawa. He spent over a decade at a renowned Steakhouse starting as an appetizer cook/dishwasher and worked his way up to a General Manager and National Corporate trainer. During his time there, Pete helped launch six new locations. He spent three years operating Bamboo Hut in Sylvan Lake, which his brother Dany now operates independently. His other brother Pon and sister Sue still operate Blue Dragon in Red Deer. For five years, Pete also operated his own restaurant, Sophear in Red Deer.

In 2015, Pete competed against his brother Dany on Chopped Canada. Given some very challenging ingredients, Pete was victorious!

In 2019, our team planted what will be the first of many garden plots and veggie/herb planters. With this farm-to-table approach, Chef Pete utilized as much fresh produce as possible in his dishes.

Chef Pete loves the opportunity to be creative with weekly features and when there is an opportunity for a unique catered event. His well-rounded menu is sure to please all of our guests, from the traditional “meat and potatoes” to those with a more exotic palate! 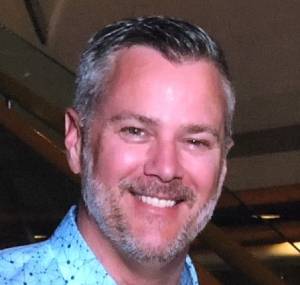 Born in Camrose, Alberta Jason worked as the IT Manager for a local Cable and Internet company. With a strong family background in Standardbred horse racing industry, he has been around horse racing most of his life which has led to a deep passion and respect for the sport. Along with his experience in the Information Technologies and Telecommunication industries, he has spent the past 12 years as owner and operator of companies including the Alberta Teletheatre Group; a technical support group for Alberta Off Track Wagering facilities, and HitTheBoard Inc. which provides contract and settlement management services to North American and International simulcast facilities. Jason brings an extensive background in the Horse Racing industry along with in depth knowledge of pari-mutuel, technical and wagering systems.
Crystal Cole (Barn Manager & Outrider) 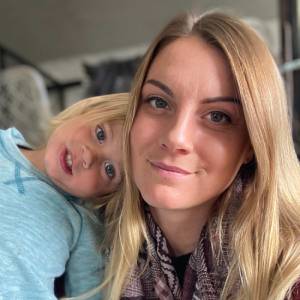 Crystal was raised in a small town near Camrose, Alberta. She currently resides in Lacombe with her daughter and an abundant amount of animals.

She graduated from RDC with a diploma in Social Work in 2019 and dreams of combining her education and love for horses into a career one day. She has been involved with horses for 14 years, four of which were spent guiding trail rides at an outfit that used mainly retired standardbred race horses.

Crystal entered into the racing world in 2015 as an outrider and in 2017 as a groom; this is where she truly developed a passion for the Standardbred breed and a great appreciation for their versatility. She joined the crew at Track on 2 in the spring of 2019, and now, outriding as a co-owner of a gelding who races at the Track on 2, the races really could not get any more exciting for her. She takes her job looking out for the horsemen on the track and parading the races seriously, but that doesn’t mean she won’t have a smile or a laugh for you at the rail. So be sure to come over and say hi to her and her mare, Nova, on the next race day!