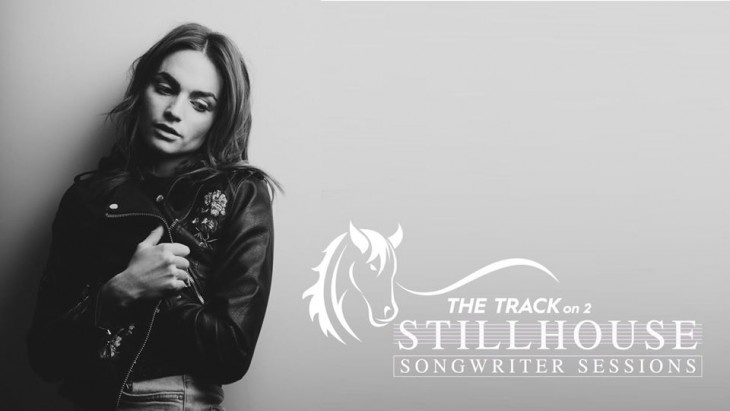 Track on 2 Stillhouse Songwriter Sessions : Session #3
Presented by: The Track on 2

THE TRACK ON 2 STILLHOUSE SONGWRITER SESSIONS
Set in an intimate listening room atmosphere that will create a unique experience for both artists and all those attending, The Track on 2 Stillhouse Sessions will focus on the craft of songwriting and the stories that go along with it.

TICKETS & ADMISSION
All attendees must have a ticket available through Eventbrite to ensure admittance. Admission is $5.00

THE LISTENING ROOM ATMOSPHERE
What you will experience here is a listening room. And while the performers love the audience to applaud, laugh and often sing along, too much conversation during the show distracts other listeners and is disrespectful to the songwriters who form the backbone of this very special evening.

We encourage talking before the show, between sets, during intermission, and after the show but ask that during the performances, audience members keep their voices low and talking to a minimum.

AMY METCALFE is an 8 time ACMA nominated multi talented singer/songwriter from Red Deer Alberta.She has co-written with Grammy award winners,played festivals in China and been top 50 on Canadian Country Billboard Music. With self penned songs on pop and country radio, her love for song writing and talent to tell a story is evident in every song.


KEN STEAD already has a firm foothold in the Canadian roots community, having graced the grassy stages and sessions of Edmonton Folk Fest, Canmore Folk Fest, and North Country Fair, as well as rowdier venues like Main Stage Big Valley Jamboree, the Calgary Stampede Coke Stage and Wild Mountain Festival. Whether playing solo, or with his 5 piece band, Ken Stead makes every room feel like home. A generous demeanor, a delicate wit, and an empathetic understanding of audiences of all shapes, his performances are as true and honest as the songs themselves.

Ken is known for silencing a room to a whisper, but with his new release, Civil War, he proves capable of starting an uproar. With more volume, comes more space to make heartfelt moments rattle through your chest. Guitars, bass and drums punctuate charged lyricism and lived experience. It’s full and dynamic roots rock, with an emphasis on connecting with an audience, born from Stead’s keen musical interest in both folk and hip hop.

Produced by Winston Hauschild (Hannah Georgas, Hey Ocean), and mixed by Canadian legend Howie Beck (Barenaked Ladies, Feist, Walk Off The Earth), Civil War is an earnest portrait of the domestic, the conflicts present in the everyday, and how one’s struggle with themselves and their own faults bleed into their relationships with others, how that mirrors the larger political climate. Throughout the record, Stead grapples with his firm belief that peace begins with the individual. “Trouble” is a song that combines roots rock with 80’s synth danceability. With the grit and strength in Ken’s voice, he captures the moment you realize you’re in some sort of trouble, but knowing that trouble is exactly what you’re looking for. Tracks like “I’m Done Trying” are strong and self-critical, pining to understand the other with empathy and the earned conviction of its power-chords. “Why You Afraid Of The Dark” is a roots/soul song tackling the fear of facing the hard times with soulful piano, groovy rhythms, and a hook that will having you singing along.