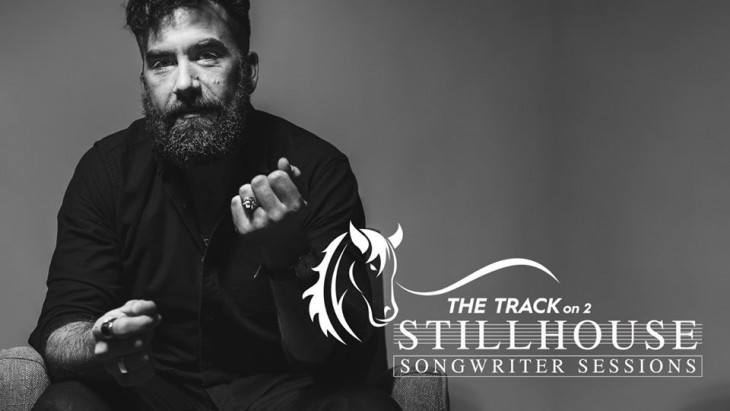 THE TRACK ON 2 STILLHOUSE SONGWRITER SESSIONS
Set in an intimate listening room atmosphere that will create a unique experience for both artists and all those attending, The Track on 2 Stillhouse Sessions will focus on the craft of songwriting and the stories that go along with it.

TICKETS & ADMISSION
All attendees must have a ticket available through Eventbrite to ensure admittance. Admission is $5.00

THE LISTENING ROOM ATMOSPHERE
What you will experience here is a listening room. And while the performers love the audience to applaud, laugh and often sing along, too much conversation during the show distracts other listeners and is disrespectful to the songwriters who form the backbone of this very special evening.

We encourage talking before the show, between sets, during intermission, and after the show but ask that during the performances, audience members keep their voices low and talking to a minimum.

RYAN LANGLOIS (www.ryandlangloismusic.com)
Born and raised in Saskatchewan before heading west to Alberta during the oil boom, Ryan has been carving out his own unique sound for 17 plus years and counting. Years that have included open mics, church singing, Canadian Idol, basement bands, touring Canada with his first project (Canadian Country Music Award nominated - Group Of The Year, and Alberta Country Music Award winning) The Boom Chucka Boys, and now a flourishing beginning to his solo career. (In 2018 Ryan was a finalist in the Project Wild Country Artist Development Program and received a significant development grant, and was nominated for Male Artist Of The Year at the Alberta Country Music Awards)

Inspired heavily by four specific artists; Johnny Cash, Bruce Springsteen, John Prine and Corb Lund, he appears to just now be finding his true voice and sound, both as a writer and performer. That sound shines on his most recent album, It Was A Song, released on May 31, 2019. A soaring and stirring collection of songs specifically chosen to take you on a journey. IT WAS A SONG is currently nominated for Alberta Country Music’s Album Of The Year and Ryan is up for Male Artist and Songwriter Of The Year.


JAMES MURDOCH is a co-founding member of Canadian country music group, The Dungarees, serving as a principle songwriter and vocalist since 2012. James won “Song of The Year” at the 2018, Alberta Country Music Awards for his song, Don’t Hold Back which has received half a million streams on DSPs. With 20 years working in the music and film industry, James has a broad understanding of the many facets of the music business, including writing, publishing, performance, production and management.

James’ songwriting landed him a publishing deal in 2004 with Peer Music. His songs have been featured on Hollywood movies, TV series and he has scored soundtracks and theme songs for multiple TV shows and films. He earned a 2017 Best Multimedia Composer nomination at the Western Canadian Music Awards for his soundtrack of Past The Pavement. He has released 4 solo albums and has garnered critical acclaim across Canada and Europe. His 3 rd album, In Transit, produced by Hawksley Workman was nominated for three Western Canadian Music Awards (Outstanding Pop Recording, Video of the Year, Best Album Design). James has toured playing bass with pop-country star, Adam Gregory, the roots-rock band, Dustin Bentall &amp; The Smokes and country-balladeer, Ridley Bent

TERA LEE is a singer/songwriter turned radio personality, it’s always been about entertaining for Tera Lee - whether it be through her live show, lyrics or laughs. Through her music she has worked with some of the finest Canadian songwriters like Carolyn Dawn Johnson, Patricia Conroy and more. She is a 5-time Canadian Country Music Award winner with her former radio show, KG Mornings with Greg, Tera Lee and Al. Since leaving radio, she continues to perform locally while supporting new artists in developing their careers.