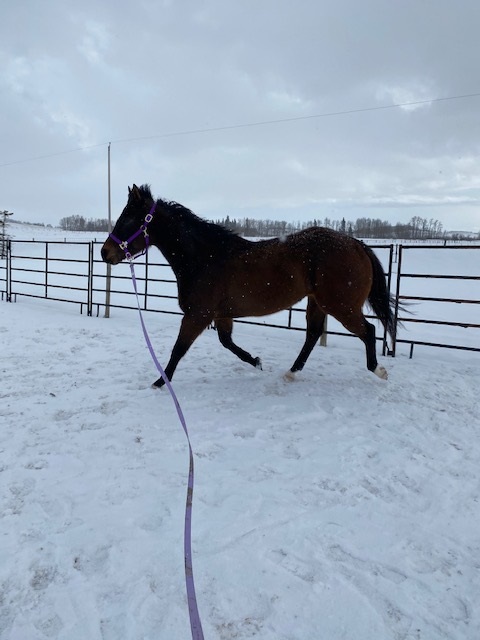 Charlotte's Fire Retires at The Track

of The Track on 2 had ownership shares in the mare that had a short racing career.  Partway through her second season, her trainer had concerns about Charlotte's knee.  Upon further examination, bone chips were found and veterinarians advised that she would no longer be able to race.  Charlotte relocated to The Track last week and began training with Outrider & Barn Manager Crystal.  Our hope is that Charlotte will be in great condition to be an outriding horse for the 2020 race season alongside Crystal's horse Nova.

Of interest is the origin of Charlotte's name.  Finding an original name for race horses is tricky as names cannot be duplicated.  Several names were put forward for her, one of which was Charlotte's Fire, which Kurt chose because of his fondness for his mother in law Charlotte.